Paddling down the highway

Today I was driving to a house fire (wondering how anything could burn in a thunderstorm…) and these adventurous people were paddling down a drainage ditch along the highway.  I immediately pulled over to the side of the road and ventured out into the storm to get their photo. Truckers were honking and they were waving to drivers as they went by.

Later when we were all dry, I was able to talk with them a bit and they said that after they put the canoe away they did a little boogie boarding in the ditch as well. I’m sad I missed that, but I’m glad I happened upon them while they were out there. 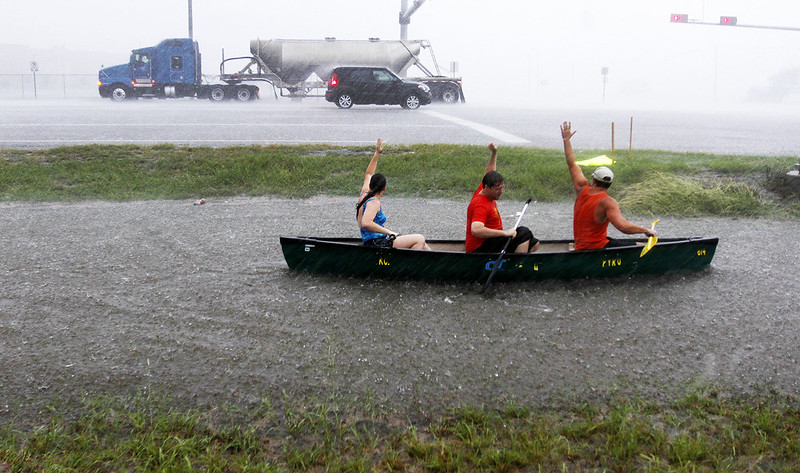 (left to right) Jenni Boren, 24, Hank Pahmiyer, 23, and Kc Boren, 22, of Victoria, wave to a honking trucker as they paddle in the rain along 87 during the storm in Victoria. “The water was there and it was inviting.Truckers would honk at us as they went by and give their approval, everyone else probably thought we were nuts.” Kc said. “We’re having a monopoly party the rest of the day.” he added. 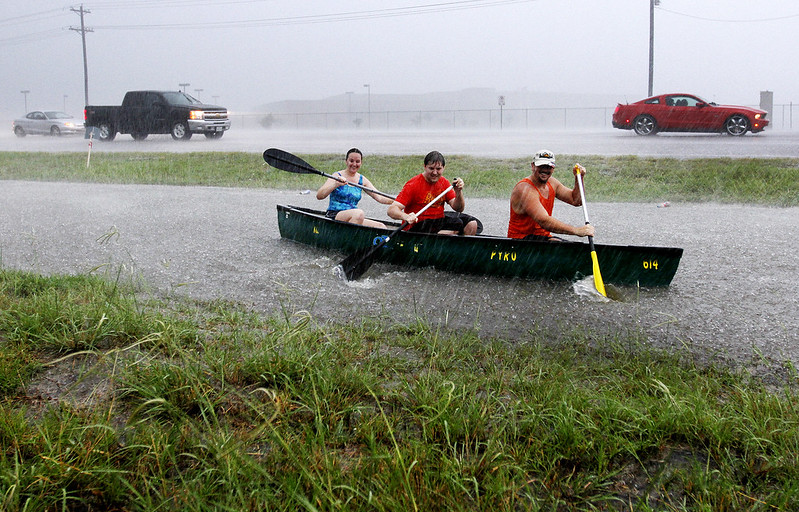 (left to right) Jenni Boren, 24, Hank Pahmiyer, 23, and Kc Boren, 22, of Victoria, paddle in the roadside ditch along 87 during the storm in Victoria. “It was spur of the moment but we do odd stuff in various weather conditions. We’ve done paddling before, we also went boogie boarding and skim boarding in the ditch when we were done with the canoe.” Kc said. 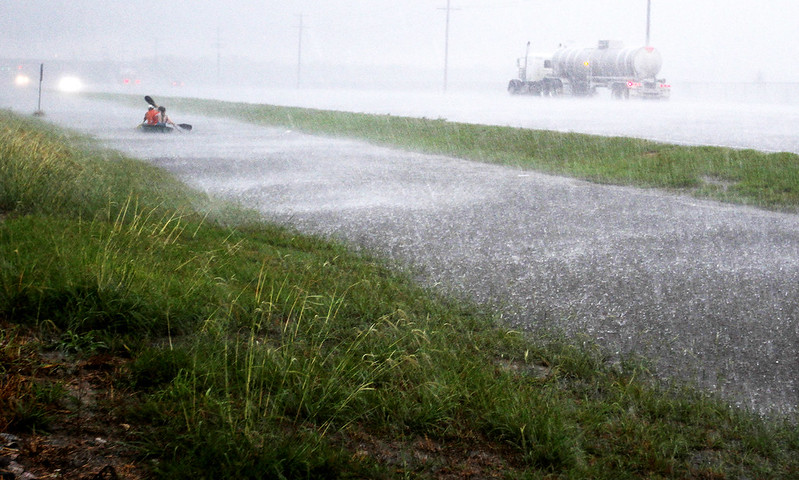 (front to back) Kc Boren, 22, Hank Pahmiyer, 23, and Jenni Boren, 24, of Victoria, paddle their canoe in the rain along 87 during the storm in Victoria.